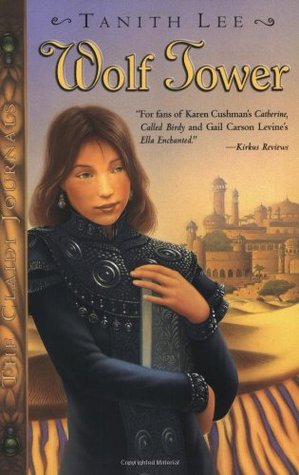 Today’s post is a mix of… well, of three different things, all scrumptiously rolled together into one.

Firstly: Nightstand Books, which is a fun bookish monthly meme, the first Wednesday of every month, held by Jenelle and D.J.

Secondly: Jenelle is also doing a Fantasy month thing for February… Check out her post here!

In case you don’t know, fantasy is my FAVORITE.

Thirdly: Grace @ Fictionally is holding a Fantasy Love February Reading Challenge which I am — tentatively? — joining in on. (That is, I hope to be able to read a bunch of fantasy, but my reading goals always tend to do whatever they want instead of what I want, soo… we’ll see.)

So! Because Nightstand Books is about what we’re reading this month, and since the first part of the first mini-challenge within the Fantasy Love February Reading Challenge is to post the book/books you plan/hope to read for the challenge… and since this all relates to fantasy… it’s all coming together in this post!

Apparently February is a lovely (see what I did there?) time to celebrate fantasy. Huzzah! It’s the perfect excuse for me to read some fantasy books I’ve been meaning to read.

I’m working on going through all the Holmes stories, so right now I’m working through The Original Illustrated Sherlock Holmes by Sir Arthur Conan Doyle, which contains three collections of short stories (one of which I read last month) as well as The Hound of the Baskervilles. I’m currently in The Memoirs of Sherlock Holmes; then it’s on to Hound and Return. I’m loving reading these, especially since short stories can be read fairly quickly, and I simply adore the original illustrations by Sidney Paget! They’re the essence of the Holmes tales, right there. ❤

Also started The Letters of J.R.R. Tolkien (edited by Humphrey Carpenter and Christopher Tolkien). I read most of this book quite some time ago, but never actually got all the way to the end, and it’s been a long time so I don’t really remember them… Hence, I’m restarting and hoping to go through the whole thing this time. It’s fascinating and I love being in the mind of my favorite author.

Similar story to above: The Tough Guide to Fantasyland by Diana Wynne Jones is a book I’ve read bits of but never sat down to read all the way through. Set up as an A-Z “guidebook” to Fantasyland, it’s tongue-in-cheek, making fun of cliches and just having a rollick, and it’s quite hilarious.

So those are what I’m currently in. (I’d also kind of like to read a few of the books I didn’t get to in January, like Rising Shadows and The Poisoned Cure… but we’ll see.)

But! Then I’d also like to read some fantasy for said reading challenge. So these are (tentatively) what I’m hoping to read in February.

Aaand I may end up suddenly having a bunch of other books to review, or going to the library and getting a bunch of random things, or having no time to read because I’m busy and/or writing, so this may not happen, but I’m hoping to, anyway!

So… Nightstand round #2 (yes, Tough Guide to Fantasyland is in both. 😀 )

What’s on your nightstand? Anything fantasy-ish? 😉

Dream away in those pages…