Time for bookish news and ishness! Since, you know, I haven’t had one of these in AGES.

I won’t attempt to catch up on all the releases and reading at the moment, and will just hop in with NEW THINGS for October. 😀

(Did I ever mention I’m a perfectionist? I keep not doing Book Ishness posts because I know I haven’t been keeping track of EVERYTHING and what if I miss something and ack I must recap all the months I missed and–! No. Breathe, Deborah. Goodness. Ahem.)

SO. This is not exhaustive (and hopefully not exhausting) but here are some bookish releases and fun things and stuff I’m up to!

How about some releases for this month-ish?

DARK IS THE NIGHT — A new Mirriam Neal novel!!

Dark is the Night gets its own shoutout spot because I’M SO EXCITED FOR IT.

“The first day of Autumn is an auspicious day. A day for crunching leaves, apple cider, werewolves, and COVER REVEALS. I’m absolutely stoked to show you the cover for my novel, ‘Dark is the Night,’ and announce a mid-October release date!

That’s right, cryptids—the spooky South Carolina town of Salvation is being brought to you in paperback and kindle formats in less than a month!

Stay tuned for updates, and don’t forget to test strangers before inviting them inside.”

GUYS I’M SO EXCITED. The last Mirriam novel to release was Paper Crowns (ONLY ONE OF MY TOP FAVORITE BOOKS EVER) and I beta-read Dark is the Night ages ago and I’M SO STOKED THAT IT’S RELEASING IN TWO WEEKS. Stay tuned. I’ll definitely be reading/reviewing it soon. 😀 I can’t wait for Skata and Angel to be released on the world!

And aaahh! Just look at this epic-looking novella coming soon from Kyle Robert Shultz! It’s a novella about Ichabod Crane and I. can’t. wait. 😀 (Image from his Facebook.)

Um. So. Both of those are spooky-looking because October, but anyway, they look epic and I am THE EXCITED.

It’s Twelve Dancing Princesses month over at The Fairy Tale Central AND I COULD NOT BE MORE EXCITED. *screaming*

It’s only my most favorite fairy tale of all, and I can’t wait to see all the 12DP goodness being featured over there!

I might even see if I can do a post about this fairy tale myself this month, if I have time…

And now I want to read (and re-read!) more retellings. *shakes fist at calendar which says I have zero time* (But I might steal some of that time anyway. Maybe if I put on an invisible cloak I can evade Time. Hey, it worked for the Soldier following those princesses!)

I have still been posting on my Instagram daily.

And I started a new hashtag! #Seriesthatisnt is all about book titles that sound like they should be in the same series but aren’t. XD

I’ve been having wayyy too much fun with this! You can check some of them out if you like, and it would be really fun if more people joined in on this! There have already been a few others doing it and it makes me happy. 😀

So… I mostly read re-reads and picture books and beta/edits during September?? Which means I don’t have a lot of new exciting books to share about. Heh. But I have a few ARCs I need to read soon so I’ll hopefully be sharing some reviews in the next few weeks. Stay tuned! 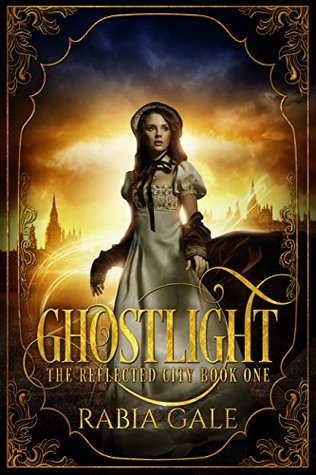 I don’t have an official TBR/nightstand to share this month, since most of my have-to-reads are ebooks and don’t photograph well, and all the things in my physical stack I don’t know if I’ll get around to… BUT WE’LL SEE.

I don’t know how much time I’ll have to read later this month, but we’re only 4 days into October and I’ve already beta-read a delightful H.L. Burke short story, done one read-through on the Beaumont and Beasley book I’m editing (GUYS! :O), read a new Jayden and Dana story (aaahh!!!), and binge-read the Fellowship of Fantasy bookclub book of the month (Ghostlight by Rabia Gale; spookier than I usually read but otherwise AMAZING because Regency fantasyyyy) which has left me with a slight book hangover. So the month is off to an amazing start!

Here’s to a bookish October, friends! (While I freak out over needing to prep for NaNoWriMo. XD)

What are you reading? Thanks for dropping by, and have a great weekend!