Just popping in for a quick post about the book releases and other awesomely bookish things going on this month. 🙂

Here are some books which look like they’ll be awesome. 😀 (And I can’t get over how pretty the covers are together. AWK. So much shiny!)

Screenshot from Goodreads. If you’d like to check any of these books out on there, you can find ’em here at the moment.

(Titles link to places you can acquire the books or read more about them!)

Take a look at these snazzy new covers! 😀

Book 1 of H. L. Burke’s Spellsmith and Carver series, Magicians’ Rivalry, which I reviewed, has a new cover!

Melanie Dickerson’s upcoming Mulan retelling has a neat cover too…

There’s a new Kate’s Case Files book from Sarah Holman, coming this September, and I’m really excited! Look at that adorable cover. 😀 It’s up for pre-order if you like Christian FBI mysteries! ^_^

And, of course, I revealed the cover of Sarah Addison-Fox’s upcoming fourth novel, Discerned, on my blog last week, but I have to share it here again because it’s so pretty. 😉 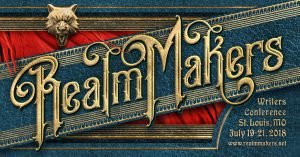 The Realm Makers writer conference is happening, so I might be less bloggy than usual, getting ready for and then attending that. I’m really excited! (And if you’re going, give me a shout so we can meet! :D)

I know this is very localized, so I apologize if it doesn’t apply to you, but thought I’d share anyway. If you are, or know anybody, in the St. Louis, MO area, there’s going to be a Book Festival as part of the Realm Makers conference, and on Saturday, July 21, the book festival part is open to the public! So you can check that out here. 🙂

The Fellowship of Fantasy’s neat Summer Reading Quest is still going, and it’s not too late to join! Readers of all ages can join in and read books and earn rewards and it’s basically awesome. ^_^ (Not that I’ve been keeping up with it because so much busy right now. *cough*) (And, yes, here’s the link for older readers. ;))

EDITED TO ADD: The Electrical Menagerie, which I loved, is the book of the month for the Fellowship of Fantasy bookclub, so there’s no better time to join in on this fun group, if you do the Facebook thing, than now! 😀 Because you need Carthage and Huxley in your life. You just do.

Okay, that’s all I have for you guys today!

What books or bookish happenings are you excited about? What’s on your Summer Reading list? Let me know in the comments! Thanks for reading! 🙂