Here, have a review from a couple of March Magics ago, which I never got around to posting. 😛 (This is making me want to get it out of the library again and re-read it!) 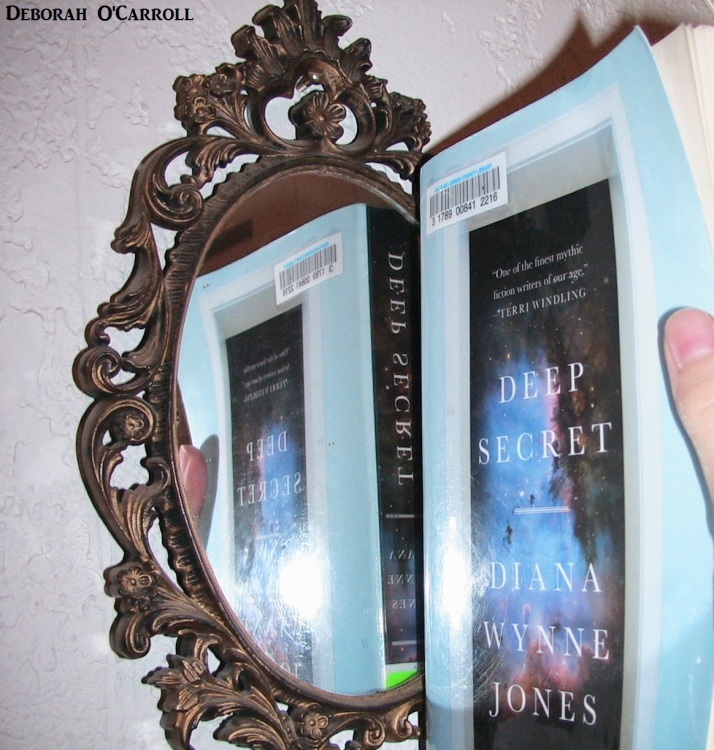 I’ve discovered that I’m downright horrendous at writing reviews for books by Diana Wynne Jones. I plan to write one, then I put it off, and put it off, because I know that it’s far too complex to do justice to in a review — and how even do I wrap my head around it all, exactly?? So once again, as I did with Fire and Hemlock, I’m going to need to just start typing and hope something semi-coherent and possibly slightly resembling a review will come out of it…

This story is a mix of fantasy/sci-fi/modern, with some other worlds thrown in for good measure. Most of it takes place at a sci-fi/fantasy convention of all places. Talk about an original setting! It’s in first person but you totally forget this fact as the story draws you in.

I found this one in the adult section of the library (I usually frequent the YA room… sorry-not-sorry, but all the good stuff’s there!). I suppose it’s a bit more Adult than most of DWJ’s books (more language/dark/gruesome/disturbing/implied stuff) so be aware of that. I don’t really recommend it to teens because it’s kinda dark… But it’s so absorbing!

There are centaurs! YES.

I also loved the idea of “deep secrets” which Magids (the magic users) thread into the world through stories and art and such. Absolutely brilliant.

There were also a few things about writing and I think some jibes at publishers, etc., which I found hilarious. XD 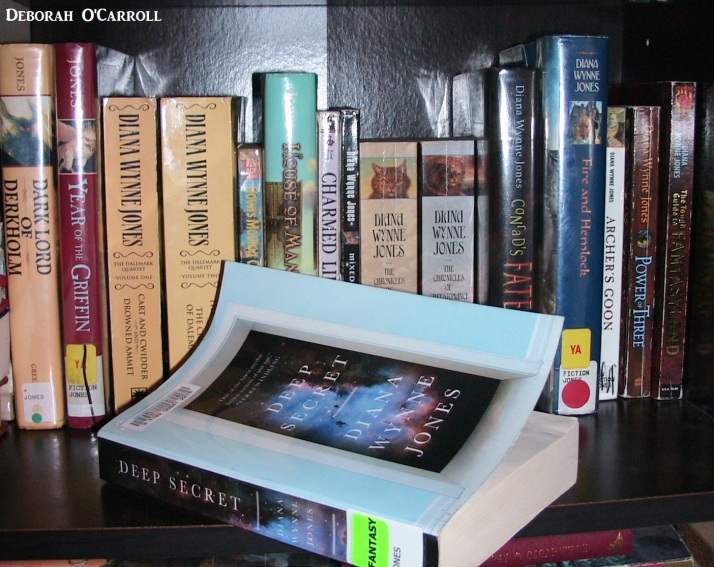 I think it’s possible DWJ put herself in it. There was a lecture on A Sense of Humour in Fantasy. “Some woman beside him wrote funny stuff too” and said that in her own writing, sometimes her jokes made her laugh. (And I remember in some interview or essay or somewhere, DWJ said that about herself.) So I think she put herself into this book and I LOVE IT.

She definitely put in a fan of her book “Archer’s Goon”, as somebody at the convention wore a badge that said “All power corrupts, but we need electricity.” I was just sitting there grinning absurdly as I read that. XD

There are other references too, which made me happy, like to LOTR (somebody had a T-shirt that he said read: “I am a Hobbit.” In Elvish. I think she was making fun of these people, but it was funny. XD), and The Princess Bride. And at one point there was something about being rather like “a magical Bertie Wooster with an invisible butler”. I totally lost it there. It was the BEST.

As usual with DWJ books, there’s a fabulous cast of characters that I love. There’s Maree and Rupert (who tell the story in turns) and they’re so… well… THEM. It’s hard to explain. But I love ’em! Then there are other characters like Will (he’s great!) and Rob the centaur (!!). And one of my absolute favorites is Maree’s cousin Nick—who is, I hear, based on a teenaged Neil Gaiman, who Diana Wynne Jones knew. She based Nick off him, and he’s so incoherent in the morning before he’s eaten breakfast and IT MADE MY DAY. So very hilarious. And one can’t forget neighbor Andrew, the “fabulous Nordic type”! But no more, lest there be spoilers. (Oh! And the quacks! A sort of otherworldly duck. 😀 Loved them!)

I’m absurdly proud of myself for only staying up until 2-something a.m. and having the willpower to go to bed without finishing the last 70 pages. I got to the part where it said: “And, I see in retrospect, that was the last moment when events were in any way within my control.” And I thought: “Welp, I’d better go to bed before things get worse.” 😛

Anyway, DWJ is brilliant and I love her books so much, and this one was no exception! It was longer than many of them. I get addicted to her longer books and LIVE in them, and then have a tendency to accidentally go around in a haze for the next few days, vaguely living in the story again in the back of my mind after spending 414 pages in it… 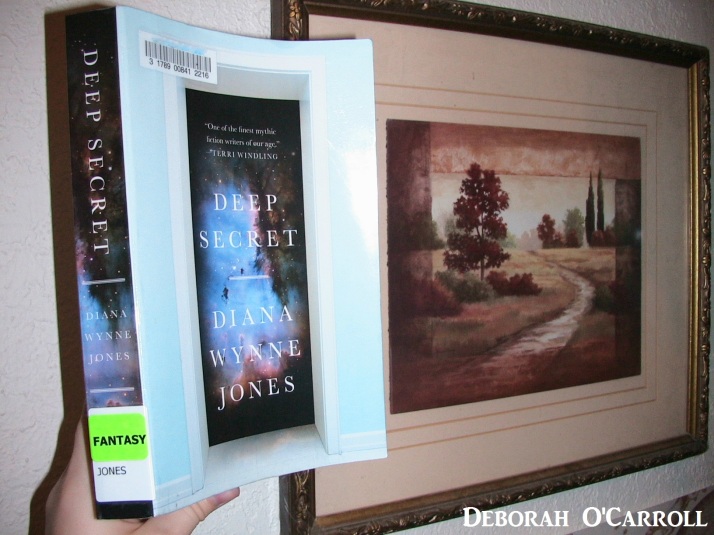 “Where is the road to Babylon? / Right beside your door.”

The road I’m looking for is the road to the library to get the sequel, thank you very much.

The story doesn’t need it, but I do. 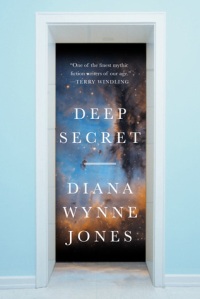 All over the multiverse the Magids, powerful magicians, are at work to maintain the balance between positive and negative magic, for the good of all.

Rupert Venables is the junior Magid assigned to Earth and to the troublesome planets of the Koyrfonic Empire. When the Emperor dies without a known heir, Rupert is called into service to help prevent the descent of the Empire into chaos. At the same time, the senior Magid on Earth dies, making Rupert a new senior desperately in need of a junior. Rupert thinks his problems are partially solved when he discovers he can meet all five of the potential Magids on Earth by attending one SF convention in England. However, the convention hotel sits on a node, a nexus of the universes. Rupert soon finds that other forces, some of them completely out of control, are there too…

Genre/Category: Contemporary Fantasy / Sci-fi / Inter-world Fantasy / ??? / DIANA WYNNE JONES (which is a category of its own, or should be, because it’s really hard to fit her books into pigeonholes…)

Series?: Book 1 of Magids; followed by The Merlin Conspiracy

Favorite Character: Oh my GOODNESS, don’t ask me this! O_O (Er… I know I’m asking myself; shush.) Rupert or Rob or Nick or Will or Andrew or somebody. Probably most of the cast because you just get so attached to DWJ characters…

Other Notes: Read for March Magics, hosted by Kristen @ We Be Reading

Have you read this one? I feel this NEED to talk to people who have. XD (And I also want to re-read it either before or after Realm Makers, because Sci-fi/Fantasy Conference…)