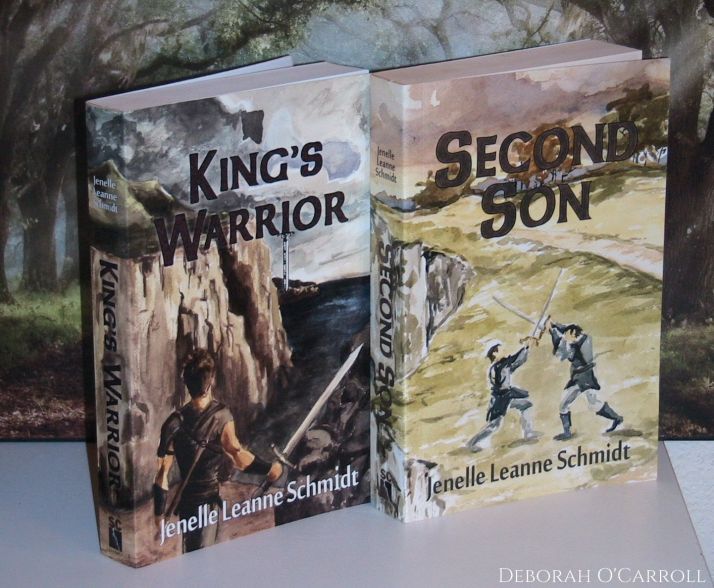 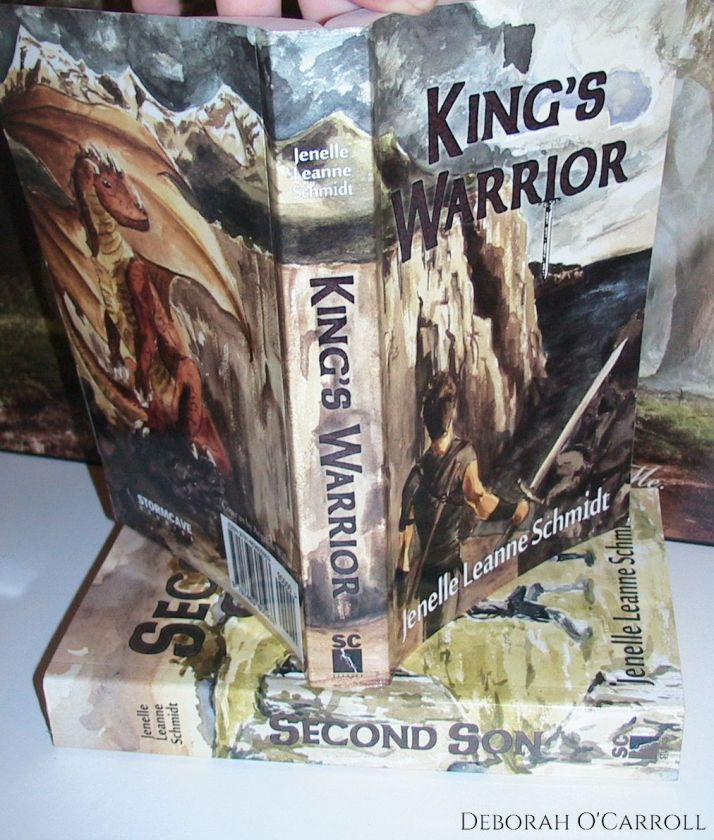 What an enjoyable fantasy adventure novel! I really, really liked this book. 😀 There’s a lot of the classic quest-and-journey stuff going on, but in new ways too, and I loved the world and characters, and just overall had a great time reading it! 🙂

I confess that I actually read a sequel to this book, Yorien’s Hand, before reading this one (which is book one in the series), so that was interesting. XD That meant it read more like a prequel for me, and I already knew how a lot of it would turn out. But this in no way reduced my enjoyment of the story—not at all! And I was impressed and pleased that there were a couple of things that were still surprise twists! 😀

There may have been a few times (especially nearer the beginning of the book) when the early-days-of-this-author might have shown, or when there were plot holes or typos and what-have-you, or when the classic fantasy things which some might consider cliche or something popped up, but I elected to ignore those points in favor of simply enjoying the book as what it is: an extremely enjoyable fantasy novel, with a great adventure, an intriguing world, and a cast of lovable characters. 🙂 So good! ^_^

Speaking of characters—I loved them! So many great ones. Brant, the warrior, who’s my favorite—he’s just epic. ^_^ Kiernan Kane, the amusing minstrel (but with more to him than he seems), who actually shares top-spot for favorite. 😉 They are both so awesome!! ❤ Then Princess Kamarie is a good heroine, Oraeyn the squire is a FABULOUS hero, and other characters like young Yole, who was great, and various people they meet along the way such as the daughters of the Wizard Scelwhyn. I really liked Dylanna, for instance. 😀 And oodles of great side-characters too, who are sometimes a little hard to keep straight (might be my fault for reading the whole series out of order… *cough*), but still fabulous. And dragons, of course. 😀 It’s a well-populated fantasy world, and I loved the characters. ^_^

I loved this fantasy world, as well! It was just so neat to wander through it with these friends of mine, and I’m very attached to it. 🙂 I liked the dragons and other myth-folk, and the forests and mountains and bay and castle and cliffs, and all the different fascinating characters and happenings.

There’s a tragic scenario in the first few chapters where a man’s young family was killed, so that might be a little dark/rough emotionally, and of course there’s some action/battles throughout, but otherwise it was delightful and family-friendly, and I can imagine it being a fun book to read aloud, or for readers of all ages. 🙂 There’s something for everyone in it. 😀

The book had me laughing hysterically a few times, like when Leila and Kiernan Kane were up to their antics (especially when he came knocking. XD) and when Oraeyn talked with the tree sprite person (I absolutely loved that bit. XD) and surely several times when Kiernan was doing his silly minstrel things. 😀

In a sense, I ended up liking Second Son more than this one, just for its originality and Brant-ness and writing quality, but this one is definitely more fun overall, and I especially loved Brant’s mysterious self in this and the companions on their quest together, and just the classic feel of it, so… I can’t decided which of the three book out so far in the series is my favorite. I just love them all! ^_^ *hugs King’s Warrior and my favorite characters*

Overall, I just loved this book and this series and can’t wait to finish reading it! ^_^ Definitely recommend for fantasy lovers! ❤ 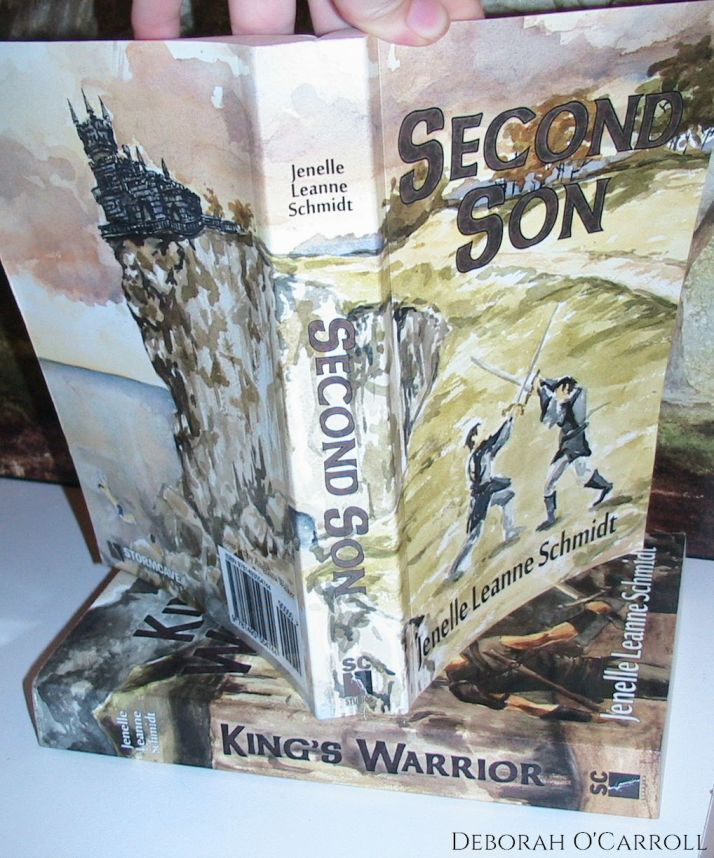 I loved this book! *hugs it*

It’s somehow a very unique fantasy novel! I mean, it’s like a classic fantasy quest type of thing, and there’s dragons and other wonders and so on, but something about it felt… new. And different. And there’s not one particular quest, it’s more following Brant through his life and a series of quests and adventures, which gave it an interesting and unique overall arc to the story. And it’s quite well written, too! I was super impressed with how the author’s writing improved from book one (which I also enjoyed immensely! But the writing in this one is noticeably better, in the best way. :D) and just very easy to read. 🙂

Brant himself is my favorite for the most part—he’s just a great hero! 🙂 I love the interesting things that come of comparing his home country and training with other places, and adding to his mysterious and generally epic air. 😀 He was a wonderful character in King’s Warrior and Yorien’s Hand, and just… I love getting his story! ^_^ I so enjoyed reading about his childhood up to being the King’s Warrior. Fabulous.

Plus, in the second half, Brant and Arnaud being friends when they were younger IS THE ABSOLUTE BEST! ^_^ I also loved getting to see things about the past of some of the other King’s Warrior characters, like how Princess Kamarie’s mother and father met! SO GREAT! 😀 And, of course, the minstrel Kiernan Kane makes a fabulous cameo! Love that minstrel fellow! ^_^

This is kind of like if Aragorn had a prequel about his youth, or if we saw Gwydion (from Prydain) out learning things when he was young. And I absolutely love that! 😀 Getting to see Brant wander across all of the various lands in this delightful fantasy world, learning things and meeting friends old and new, and generally becoming the wise, epic warrior we know from King’s Warrior. He’s one of my favorite characters of all time, and I just loved seeing his backstory! ^_^

A funny thing about prequels… I can never decide if they’re best read before or after the main Book One… because both ways are so enjoyable! I’m definitely glad that I read King’s Warrior before this, since a lot of the sad things in Second Son I wasn’t AS sad about as I would have been if I hadn’t already known how certain things end up in Brant’s life. Somehow, a lot of the sadness in this book is okay, simply because it IS a prequel and I know that a lot of the characters in it aren’t in later ones and therefore are probably dead later so I try not to get TOO attached to them… And so on. And something about it being the sad backstory of a hero, makes it easier to bear because it’s PAST and not currently happening. (Kind of like the older myths of The Silmarillion are easier to bear because they’re not NOW in the time of LOTR and The Hobbit.) If that makes any sense at all to anyone other than me. XD Some of it WAS sad, by its nature, but I didn’t actually mind. (The most heartbreaking thing of all, of course, was Brant and his brother. Which of course I knew about due to King’s Warrior, but… yeah, I’ll just go over here and cry for a bit. Ahem.)

There’s joy and heartbreak, humor and epic quests, and just everything a fantasy novel needs! 🙂 Overall, I just really, really, really enjoyed this book! ^_^ I definitely recommend it to anyone who loves epic fantasy or just a good adventure, because it’s fabulous. 😀

(I love the backs of these covers. So epic and gorgeous. ❤ )

Have you read either of these? You should, because they’re awesome! 😀 Have you read any good epic fantasies lately that you can recommend? I’m always on the lookout for those!

Also, the author is giving away a paperback of King’s Warrior on her blog this week, during fun Silmarillion Awards things going on currently, so be sure to check it out and enter!