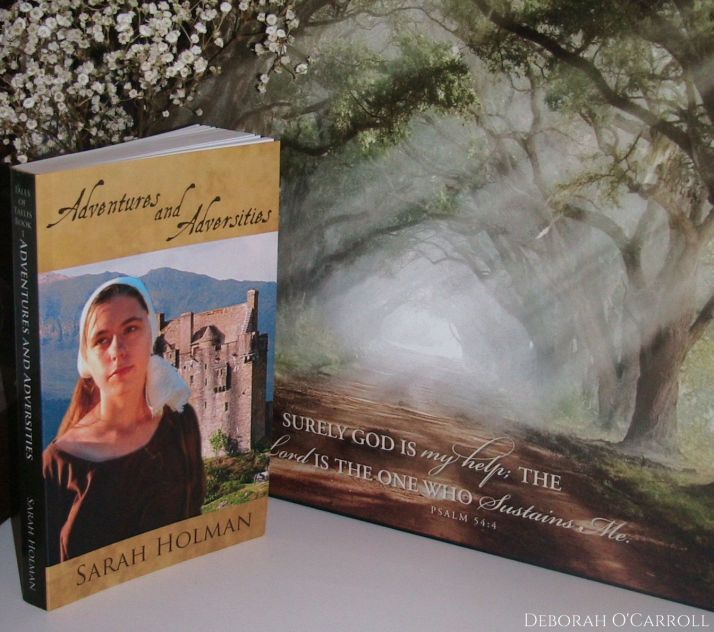 I was a little uncertain if I would like this at first, but I was pulled into this story and ended up quickly absorbed, and enjoyed it very much! 🙂

It’s set in medieval times, in a fictional country in Europe called Taelis. This made the book feel like a historical fiction novel, but without me wondering if all the details were real, which made it more fun. XD

From the point of view of peasants and servants, it was a different look at the higher classes. These heroes and heroines are good hardworking people, simple folks who are kind and good and do their best in the face of adventures and adversities.

There was love and loss, friendship and hardship, laughter and tears, and through it all the characters strove to find God’s plan in their lives and trust in Him.

It seemed at first like it was going to be one of those quieter books without much adventure, but it turned out to have plenty of excitement after all! Most of it was about the day-to-day struggles—physical, emotional, and spiritual—of the heroine, but there are other things going on as well. There are dangers and adventures, plots and fights, storms at sea and riding through stormy nights on land as well. It kept me absorbed and interested!

Most of all, I was caught up in reading about William and Alditha, so long separated, as they struggled through their separate lives, and waiting to see if they would finally be able to see each other again. 🙂

There were a few things that seemed inconsistent or didn’t make sense to me, and some slightly distracting typos (I have an older paperback version of this book, so I don’t know if there is a newer version or not), but on the whole I don’t have many specific complaints. 🙂

Overall, I enjoyed the book a lot and fell in love with this medieval world and these characters, and this nice simple tale of love and faith. It drew me in and was a sweet story. ^_^ I’m definitely looking forward to reading more in the Tales of Taelis series! 🙂

In the series so far (will update with links as I review them):

12 thoughts on “Adventures and Adversities by Sarah Holman”