And March Magics comes to a close. Always a bittersweet feeling, because I don’t want it to END, but at the same time it was a delightful event!

I know I for one definitely immensely enjoyed this month of celebrating Diana Wynne Jones and Terry Pratchett.

Here’s a look at my magical March. 🙂 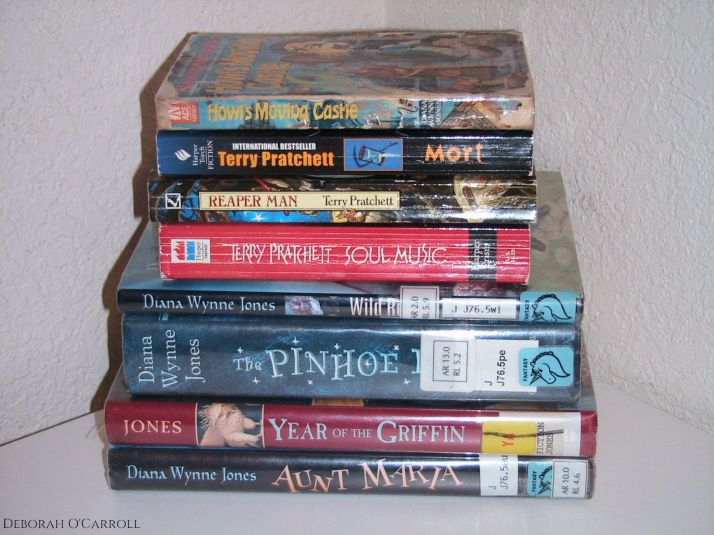 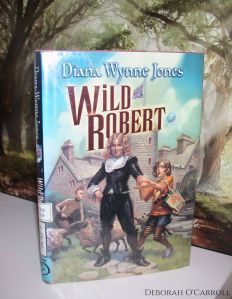 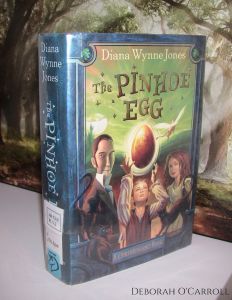 I got Hexwood by Diana Wynne Jones for my birthday this month. I can’t wait to dive into reading it! 😀 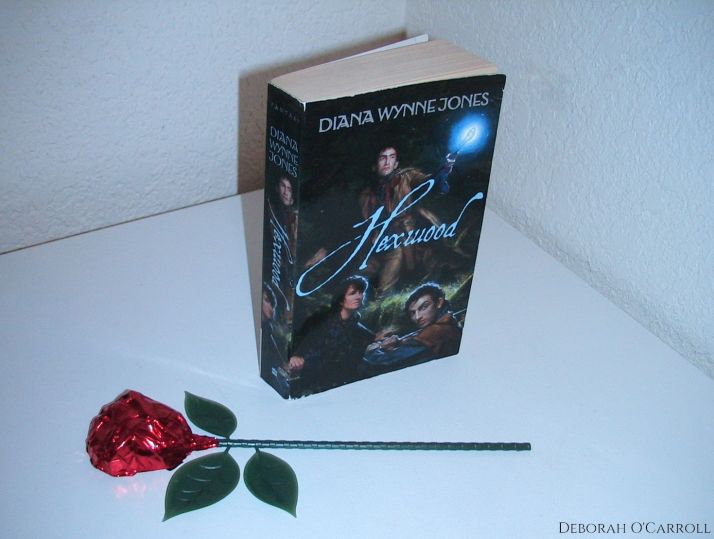 DWJ book and chocolate rose for my birthday. Chocolate and DWJ books have something in common: they can’t remain in the house long before I devour them. ❤

I had an excuse to do a DWJ and Terry Pratchett book photoshoot. Which, as you can imagine, made me happy. XD

(I’ve read all the DWJ books I own except Hexwood. I’ve only read 4 Terry Pratchetts though, so the rest in the picture are ones I have yet to read.)

I saw the old BBC mini-series of Archer’s Goon (1992) which I had never heard of before but “coincidentally” discovered this month and binge-watched. It’s two-and-a-half hours of cheesy 90s British fun. It doesn’t do the magical and larger-than-life and humor of the book justice, but was nonetheless fun, just to see a DWJ story come to life on screen. 🙂 It actually had quite a lot of dialog from the book, so in a sense it was far more “true” to the book than most adaptions these days… Anyways, it was VERY strange and not as good as the book, but I enjoyed it for some reason anyway. XD

I also decided to make a DWJ Project page on this blog! It can track the books I’ve read, and the ones I want to read, and other fun stuff like quotes graphics I’ve made. I’m hoping to gather some fun links etc. there, and add to the page overtime. 🙂 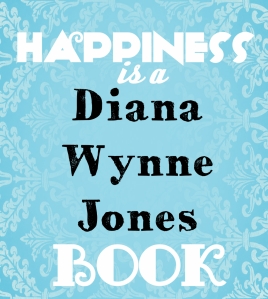 In general, I just really enjoyed immersing myself in DWJ things like reading posts and listening to a podcast and just… all the DWJ goodness!

And Terry Pratchett too, of course. 😉 Before this month, I had only read one of his books, so I enjoyed getting to read a few more. The Discworld books are definitely strange and not for everyone, but I’ve been enjoying them fairly well. 🙂

Overall, it was a splendid month of humorous fantasy, and I love any excuse to hang out in the worlds of Diana Wynne Jones. ^_^

Thanks very much to Kristen @ We Be Reading for hosting! I had a world (or several) of fun!

I look forward to another magical March next year. ^_^