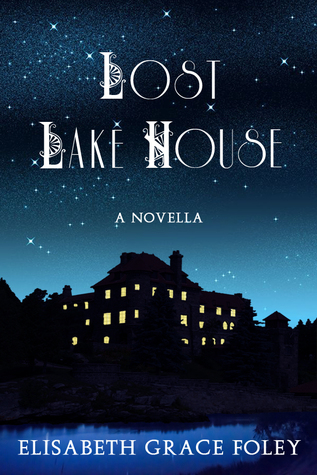 You’ve got to give it to it: that is one gorgeous cover. (I may also be immensely pleased at how well it goes with my blog’s color-scheme. But that’s neither here nor there… *cough*)

This is a historical-fiction novella set in the ’20s, and is a loose retelling of The Twelve Dancing Princesses. It came out this year and when I heard about it from Shantelle, I simply had to try it out. 🙂

Because, ya know . . . Twelve Dancing Princesses. 😉

In this one there’s only one dancer, not twelve (and she’s not exactly a princess either), but there were some great nods to the fairytale which I really enjoyed… It was kind of amazing how well some of it was weaved in with the ’20s setting.

Anyways, it was a quick, sweet read, with lots of elegant description which really captured the setting and time period. (I’m not a huge fan of jazz or the ’20s, but that didn’t get in my way of enjoying it, particularly since I didn’t have to HEAR it. ;))

I liked how we got a few points of view, too. It was neat to see different sides of what was going on. It was a quiet story. A bit mysterious. Some gangster-type stuff showed up to make it a little exciting. There’s a hint at a really sweet friendship that might come out of this story… 😉 And while it’s not the main focus, it also holds a really poignant story about a father and daughter who don’t understand each other, which I thought was really well written and I liked the hope it ends with.

Anyone looking for a romance should look elsewhere, though, because there isn’t really one. That being said, I do ship the hero and heroine and hope maybe in the future they might become a thing. 😉 But I was okay with how it was. 🙂

I almost got really upset for a minute there near the end because I was so looking forward to seeing a certain scene, ::SPOILER (highlight to read):: namely when Marshall and Dorothy show up at her dad’s at the end… loved that bit. 😀 ::END SPOILER:: and then it looked like we were going to skip a week instead! D: Buuuut then I was appeased since we got it in a flashback. So that made me really happy. ^_^

While the overall plot itself wasn’t my favorite, and the heroine was just okay — at least until near the end — (not to mention how I really disliked the other girls), I did really like the hero, and I liked how it all turned out in the end. It might have been a 3-star but… I don’t know, it just ended with me feeling kinda happy and it was fun and cute and sweet and so it got an extra star. 🙂

Anyone who likes that era should definitely give it a shot, and for those obsessed with the Twelve Dancing Princesses, this one is worth reading for a few clever turns of that fairytale being put in a different setting. 🙂 And anyone else… well, it’s enjoyable in its own right as a sweet, short read, and overall I thought it was a pretty swell little story. 😉

All Dorothy Perkins wants is to have a good time. She’s wild about dancing, and can’t understand or accept her father’s strictness in forbidding it. Night after night she sneaks out to the Lost Lake House, a glamorous island nightclub rumored to be the front for more than just music and dancing…in spite of an increasingly uneasy feeling that she may be getting into something more than she can handle.

Marshall Kendrick knows the truth behind the Lost Lake House—and bitterly hates his job there. But fear and obligation have him trapped. When a twist of circumstances throws Dorothy and Marshall together one night, it may offer them both a chance at escaping the tangled web of fear and deceit each has woven…if only they are brave enough to take it.